At T&K Airpower we have a great team of technicians, apprentices and office staff at hand.

Almost all of our technicians are trained through their apprentices and all have been brought up the T&K way. As local adelaide born and bread, our team has a strong ingrained culture of what it means to provide the best in quality service. We don't just talk about being customer focused at T&K Airpower we live it. Our technicians care about each job they attend and will go out of their way to ensure a lasting impression is left with our customers.

Starting T&K Airpower in the mid 90's, Brad bleeds blue and red! T&K has been Brad's livelihood since its humble beginnings as a two man partnership. His drive for repairing the 'unrepairable' has grown this business to where it is today. Securing the Mitsubishi Electric Warranty work in the early stages put Brad on a path to become the very best in Adelaide in the diagnostic and repair of Mitsubishi Electric Air conditioners. Brad's 'straight down the line' approach to everything he does is what appeals to most of his customers and clients. This attitude ensures that he will get to the bottom of any air conditioning diagnosis and give advice that is not a dodgy sales pitch. If you make sure the invoice is paid once his work is done, Brad will give you the shirt off his back.

Starting at T&K Airpower in 2009 as a second year apprentice, Oliver quickly worked his way up through the ranks. On completion of his trade certificate in 2013, Oliver was given an opportunity to purchase part of the business from the second founder who retired due to medical issues. Taking this opportunity head on, Oliver has helped implement a complete re-design of backend operations at T&K Airpower including a new cloud based software system to streamline invoicing and quotes. As a young business owner, Oliver enjoys the challenge of bringing in new technology into T&K to lead the way in the Air Conditioning industry in Adelaide. 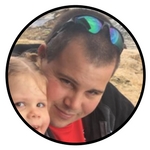 Sean began working in T&K as a first year apprentice in 2006. Working under Brad as his protege, Sean's incredible ability to learn quickly and retain information gave him an edge at trade school. Topping his class and receiving second place in the 'Apprentice of the Year' awards, Sean impressed everyone he met with his knowledge and experience. After buying into T&K with Oliver in 2013, Sean has continued to increase his skills and  expertise especially in the diagnostics and repairs of Hitachi and Mitsubishi Electric VRF air conditioning systems. As one of the best air conditioning technicians in the country, Sean is sort after by customers and other air conditioning companies alike. Sean is the man who will 'JUST FIX IT' when no one else can!

Or complete the form below and one of our friendly staff will call you within 24 hours.

"I had 2 quotes to get my apparent unfix-able air conditioner replaced not very good timing with xmas around the corner I stumbled across TK Airpower and it ended being a simple fix saving me thousand of dollars. Lesson learnt here make sure you use qualified and experienced service repair agents."

"Excellent service and products really happy with my split fitted. Highly recommend Brad and his team!"

“Excellent service from everybody in the T&K team.  I would highly recommend them - they always go above and beyond!”

"Great all round professionals .They supplied and installed my split a/c at a very reasonable price. Highly recommend."

"I called to say we were absolutely thrilled with Marty's work he fixed our air conditioner and its working perfectly... It's an older unit, a Bradway and we didn't want to spend anymore money he tried a few things as the unit was only working 75% and whatever was done as a part of the service worked a treat we couldn't be happier.... Please thank him and pass on our feed back we really want him to know what a great job he's done and how very happy we are!!!"

Good morning
Wow was the only word I could think of to describe the customer service that your company provides.
Over the last 4 years I have unsuccessfully attempted to get a fault corrected in the Temperzone RC Ducted AC unit that is installed at our residence.  Today I was pointed in the direction of T & K Airpower (by Temperzone HO in Sydney) as being the service company to approach.  From the initial phone call to your Company,  I was truly impressed with how my situation was handled.  Millie was helpful, knowledgeable and empathetic to the situation and, I feel, went out of her way to ensure that I received a good outcome.  She was a delight to deal with and should be commended.

The fact that the service call was able to be scheduled for the same day, despite the location being on the Southern Fleurieu at Victor Harbor, was a bonus.  And your service men, Brett and Sam arrived at the scheduled time!  They were well presented, professional and were able to resolve the problem within a very short time.  Another added bonus was that they carried the spare parts necessary to fix the problem.  Within a hour of their arrival, we had a perfectly operating AC system again.
Brett also took the time to answer all our questions and took us through the best operating procedure for the system.

After contacting your office enquiring about a warranty on our air conditioners remote control yesterday morning 26/3/2018 at approx 10.30 am, we were advised of an 1800 number and the response was amazing. We recieved an sms yesterday afternoon advising us that a new remote was on its way and we recieved it in this mornings post 27/3/2018. WE RATE THIS COMPANY A 5 STAR RATING IN REGARDS TO CUSTOMER SERVICE. THANK YOU TO ALL CONCERNED.

Please pass on our thanks to your technician (Sean) for the first class work he did for us. He was thorough and clear with his advice for the ongoing care of the unit, pleasant and efficient.

We have just had our air conditioner serviced and some parts replaced by Sean and Abbey. Their level of service was outstanding. They were efficient, friendly, professional and cleaned up after themselves! THANKS.

We chose T&K Airpower as Oliver was prompt and informative in the selection of our replacement aircon system, and the installation was done professionally and works very well. On time and no hesitation to correct a small follow up issue that arose, but was quickly resolved by Marty. 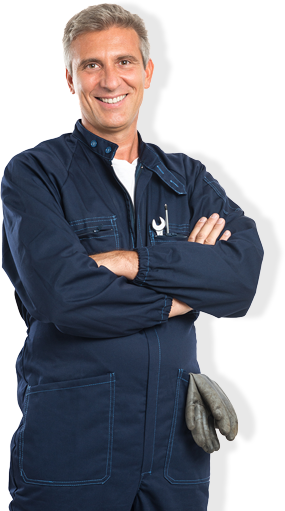 With over 20 years experience you can trust

Our certified technicians to do the job right the first time.

Call 08 8296 7888 for Fast & Reliable Service Residential & Commercial, our reputation is our greatest asset

We service most areas in South Australia!

Want to be in on the action? Sign up today to see our latest specials, help guides and more…

Keep in touch! The latest specials, content and advice is posted on the socials below!